Persea mites damage avocado trees by removing chlorophyll from the leaves when feeding. As a result, once 7.5-10% of the leaf surface is damaged, the leaves begin to drop. Because healthy leaves are critical to a healthy avocado tree and crop, persea mite damage can effect avocado growers’ profitability.

Estimating the number of persea mites in the avocado grove

A PCA will provide the best recommendation concerning pesticides for persea mites.

Persea mites also thrive on a range of other fruit, ornamental, and weed plants. Removal of these hosts plants can help prevent large populations of persea mites from building. 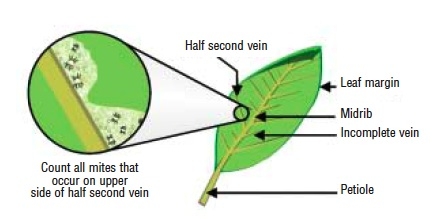 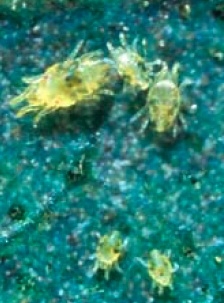