The California Avocado Commission (CAC) Board of Directors is comprised of 19 individuals serving as producers, handlers and public members.  The state’s avocado growing region is currently broken down into five districts, with two producer members and one alternate producer member elected to serve each district for a total of 15 growers on the board (10 members and 5 alternate members). In addition, there are two handler members, one alternate handler member, along with one public member.

The annual CAC General Election will be held in October 2020 for one producer member seat in each of the five CAC districts. In addition, one handler member seat seat is open. All seats in the 2020 CAC Election are for two-year terms ending on October 31, 2022.

The Commission will conduct the 2020 General Election utilizing a ranked choice voting method. Ballots will ask voters to cast their vote by ranking candidates in order of preference. The candidate receiving the highest number of first choice votes will be offered the available seat of the district they represent, or for handlers, offered the one avaialble handler member seat.

The Summary of Open Seats (below) lists the seats that shall be filled in the upcoming election. Also included below is a schedule of important dates and deadlines related to the 2020 CAC General Election. 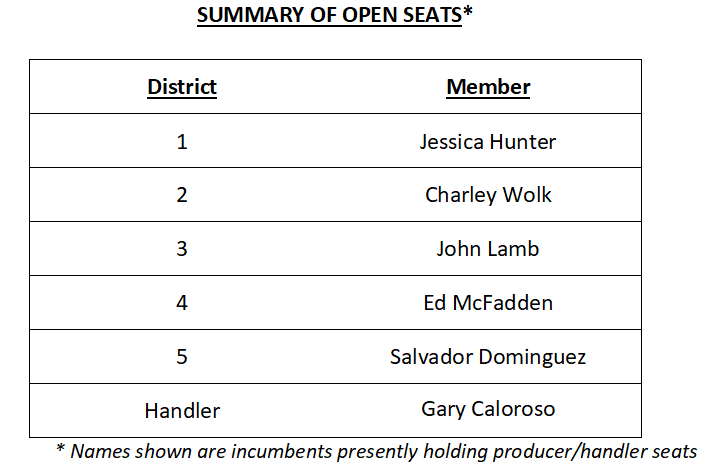 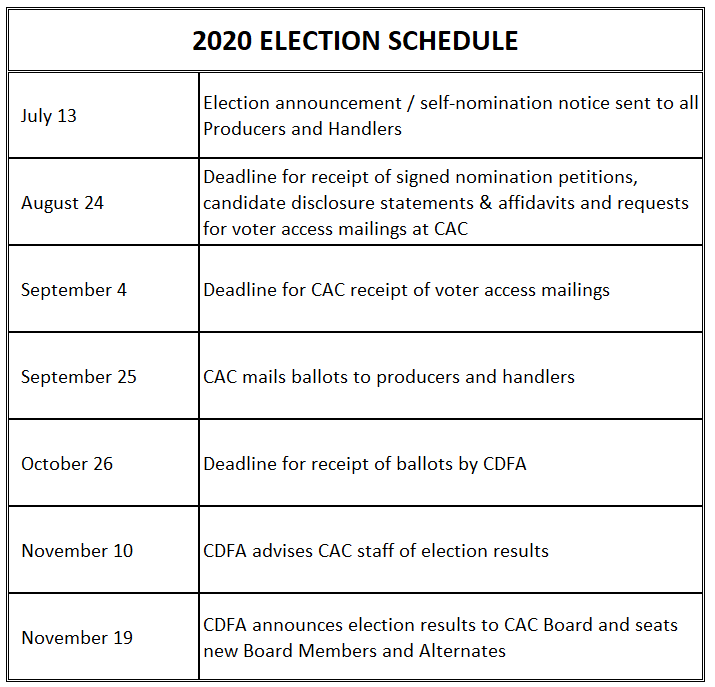