On November 13, Dr. Richard Sexton presented findings from the recently completed study, “Economic Impacts of the California Avocado Commission’s (CAC) Advertising and Promotion Program: 2013 – 2017” to the CAC Board. The independent evaluation was commissioned by CAC to provide third-party verification concerning the effectiveness of CAC’s marketing investment and the use of grower funds to benefit the California avocado industry.

The study examined CAC marketing activity, sales, pricing and consumption from 2013 – 2017 utilizing data from the Commission, the Hass Avocado Board (HAB), the United States Department of Agriculture (USDA) and other sources. The UC Davis economists, Dr. Sexton, Tina L. Saitone and Charlotte Ambrozek, evaluated the impact of CAC’s marketing on consumption and pricing, as well as the pricing impact on volume.

The UC Davis models overwhelmingly demonstrated that at the 99 percent confidence level the CAC advertising and promotions impact per capital consumption. Avocado per capita consumption in the U.S. grew from 1.6 pounds in the 1990s, to 7.1 pounds in 2014 – 16, which is a 344 percent increase. In comparison, the overall growth of the fruit category during this time period was recorded at 9 percent. It was noted that even with this huge growth in per capita consumption, there is still room for demand growth. While the study determined that markets in the west are the most developed (Phoenix/Tucson demonstrated the highest level of development), markets in the east are the least developed and may provide an opportunity for growth.

The study also examined market share in light of increased avocado imports and noted that despite the huge growth of import volume, California avocado growers experienced a slight increase in prices. California’s market share from 2015 – 17 was about 13 percent, with Mexico at 79 percent, thus California avocados are now and will be in the foreseeable future a niche/specialty product.

In light of its market percentage, Mexico now has sufficient revenues to promote nationally in any major national media. Dr. Sexton noted it is a good thing that CAC’s marketing season runs counter to Mexico’s peak season. According to the data, CAC marketers have been able to achieve on a dollar-per-dollar basis a comparable impact as that of Avocados from Mexico. Dr. Sexton also pointed out that some holidays, particularly during the summer, result in sales spikes and that many other holidays could be further developed.

Ultimately, the study determined that CAC promotions had a highly statistically significant positive impact on retail consumption of fresh avocados in (CAC’s) target markets during the review period, and that promotions funded by the Commission through HAB continue to pay off handsomely in terms of yielding benefit-cost ratios well in excess of 1.0. 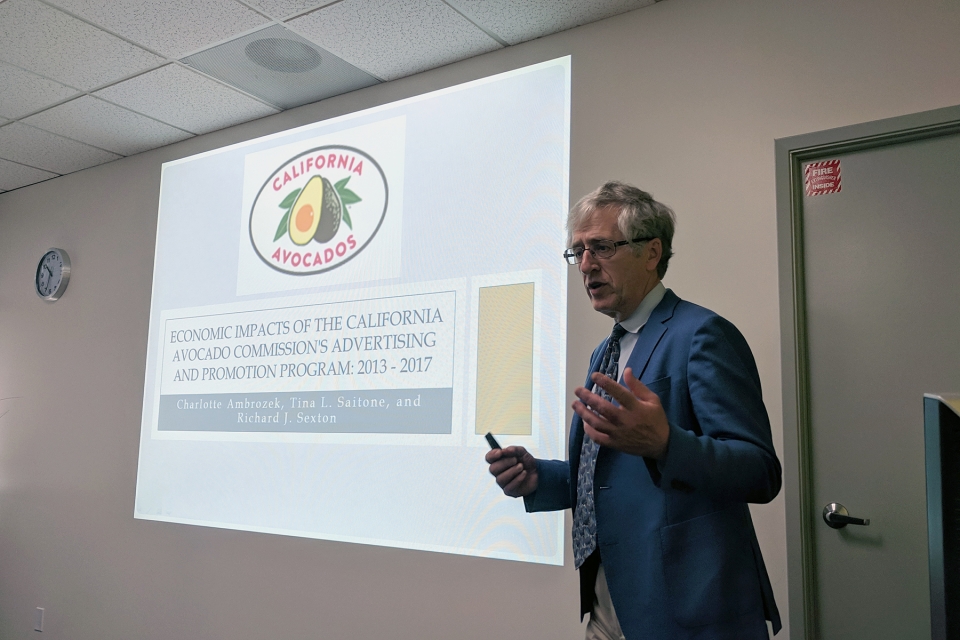 Dr. Sexton shared findings from the CAC-commissioned study indicating that CAC promotions have had a significant impact on consumption during the past five years. 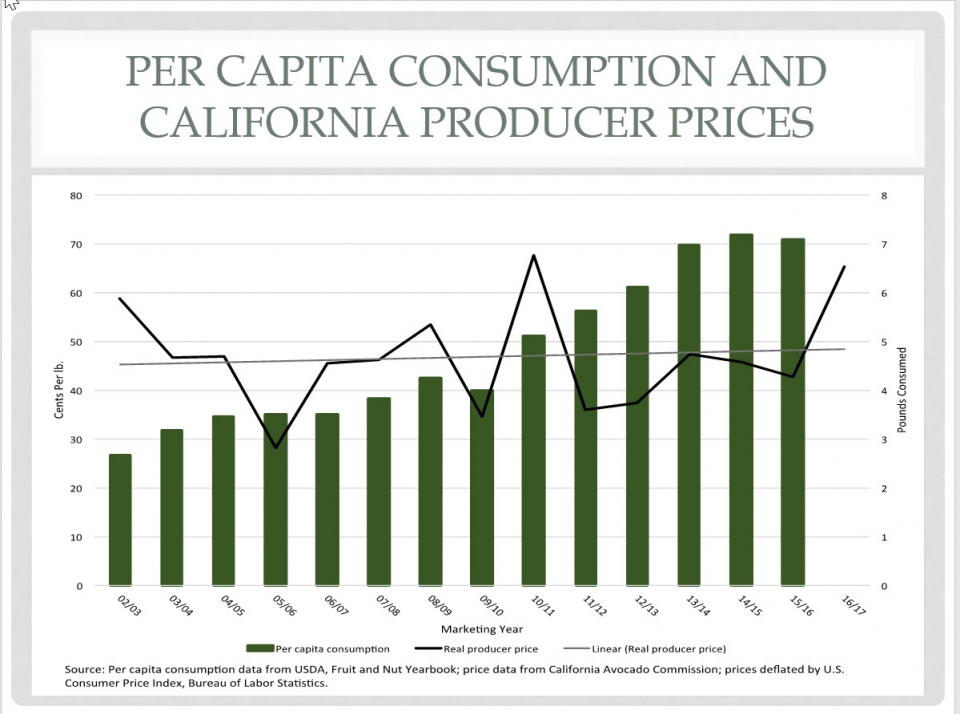 Per capita consumption has increased by 344 percent from the 1990s to 7.1 pounds.

Since its refresh five years ago, the CaliforniaAvocado.com consumer website...

Prior to the start of each California avocado season, the California Avocado...