Prior to the start of each California avocado season, the California Avocado Commission (CAC) establishes fiscal year business plan objectives and deliverables, then reports on season performance with Dashboard reports to the CAC Board of Directors. The 2018-19 Performance Highlights (Dashboard Report) detailing achievements and key performance indicators for the fiscal year was provided to the CAC Board at their November meeting. The year-end Dashboard Report has been published on the California avocado growers website. Following are highlights from the November 2018 – October 2019 report.

More than 2.4 billion pounds of Hass avocados were shipped in the U.S., including 212 million pounds of California Hass avocados. Of those California avocados, 76 percent were distributed in the Pacific region. The average retail selling price per unit for all avocados was $1.20 for the entire year. It is noteworthy that California season prices ($1.31 from 4/31/19 – 9/1/19) had a 27 percent premium versus non-California-season prices ($1.03 from 11/4/18 – 3/31/19). The California season price also was 20 percent higher than the previous year.

Though the consumer website saw a 23 percent decrease in consumer website visits (2.34 million) as compared to last year, there was a 128 percent increase in time spent on the site and a total of 864,000 visits to The Scoop blog. CAC’s 14 emails each reported an average of 25,000 successful deliveries. 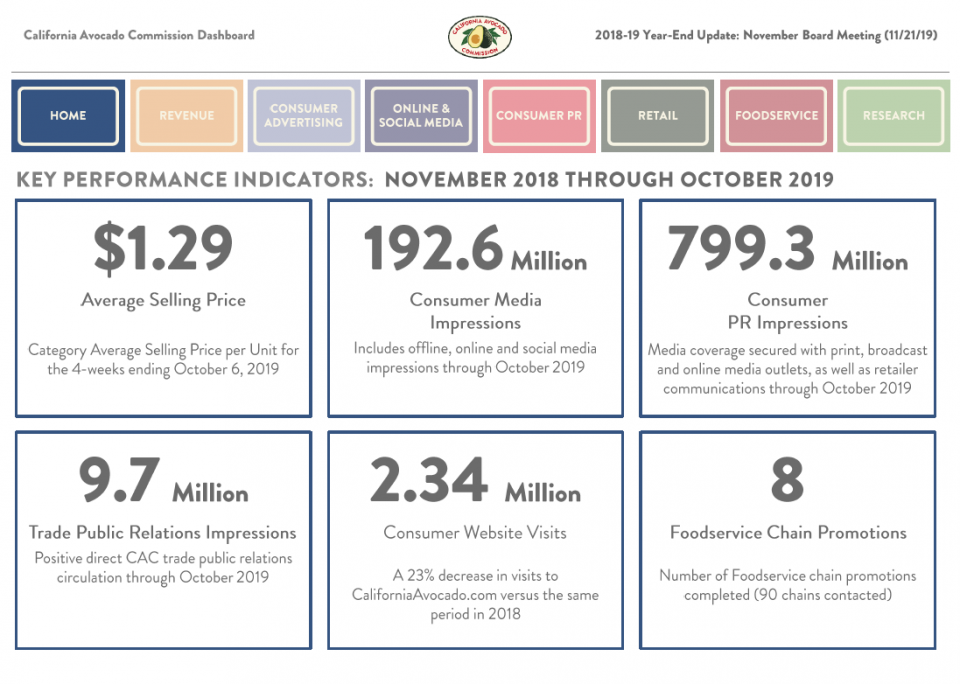 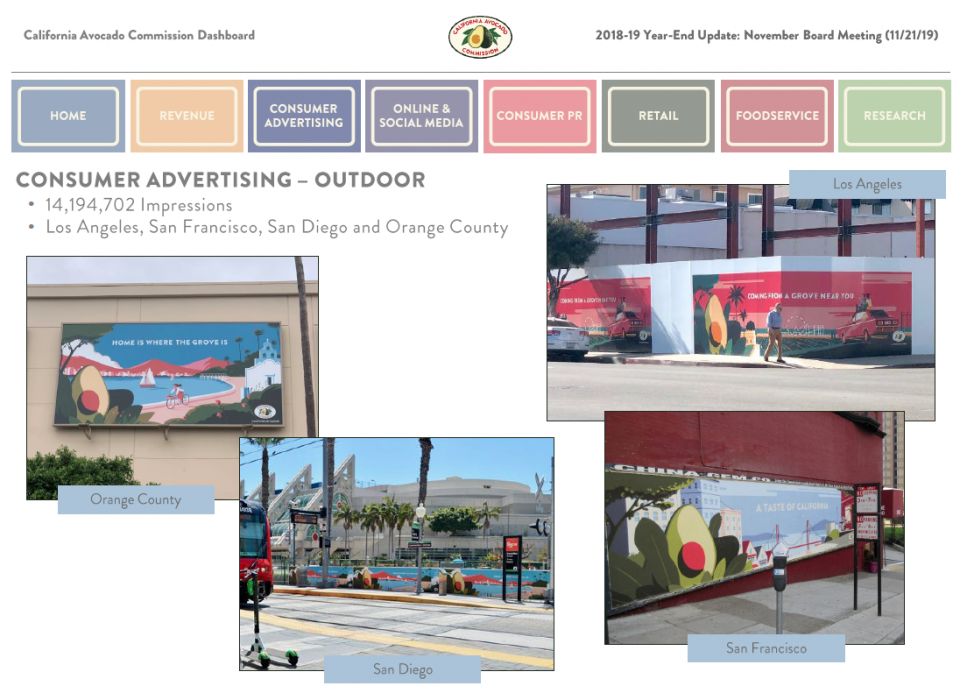 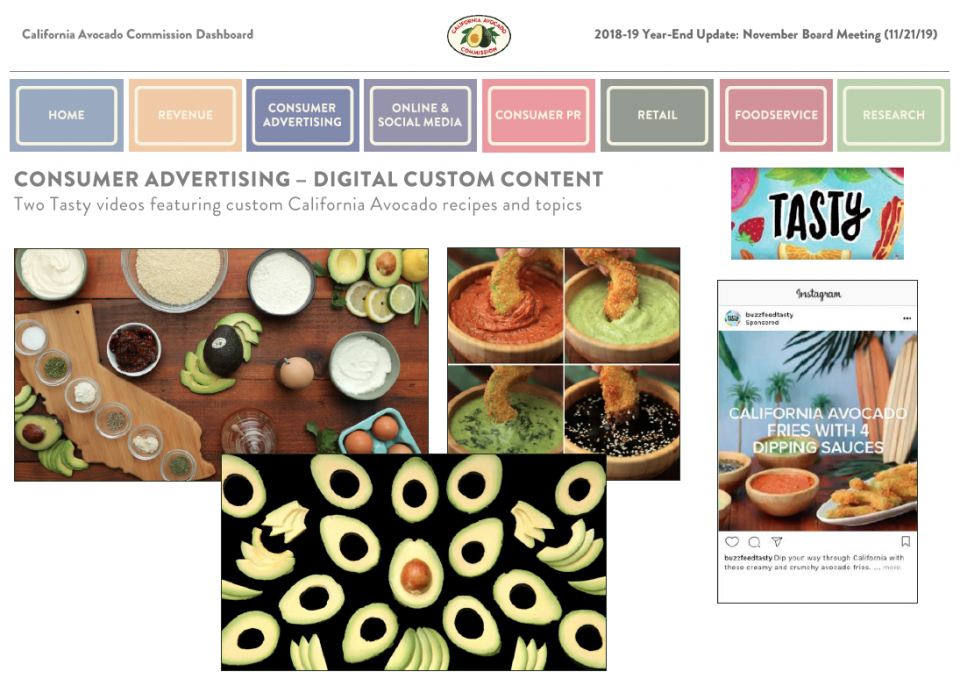 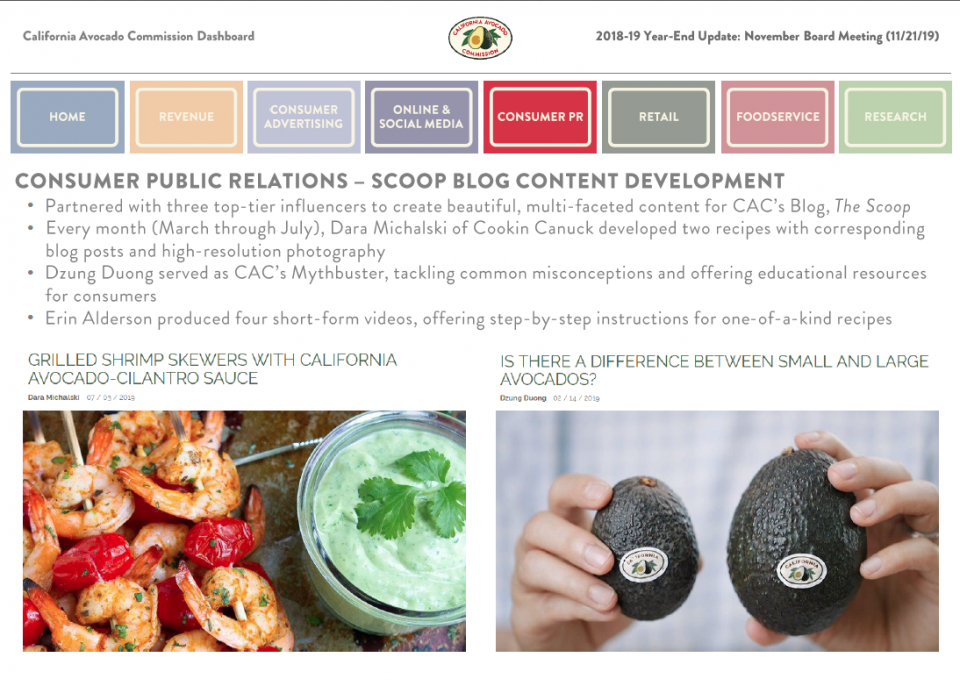 By offering both long- and short-form content on The Scoop, the Commission engaged with consumers on a variety of topics including avocado myths and recipe preparation. 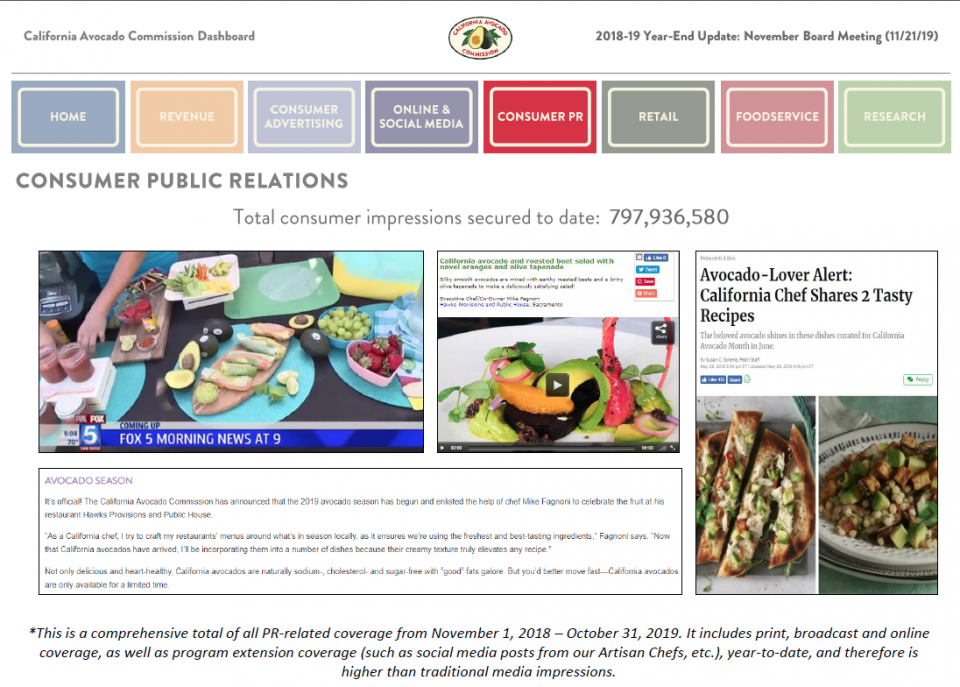 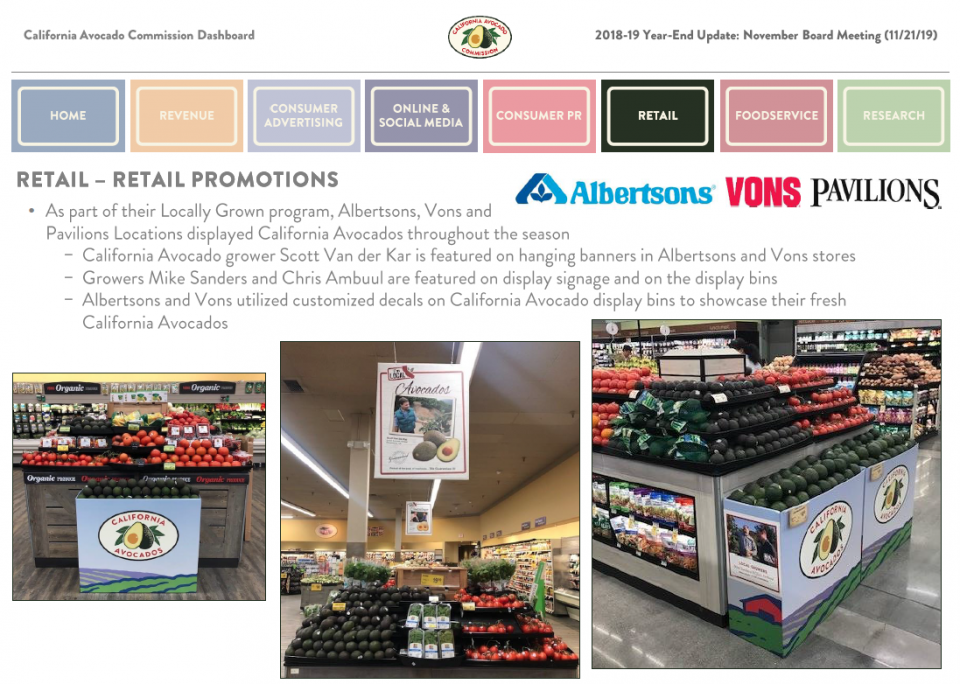 As a top-tier targeted retail partner, Albertsons/Vons/Pavilions works closely with the Commission on crafting in-store, print and digital programs that encourage consumers to look for locally grown California avocados.

California avocado recipes are a powerful means of engaging consumers,...