On August 30, Produce Business magazine announced the California Avocado Commission had won its tenth consecutive Marketing Excellence Award for its second year of “The best avocados have California in them” advertising campaign. The campaign, was showcased in Produce Business magazine’s industry-wide announcement in the August edition of its online newsletter, and is expected to be in the fall edition of its print publication. The online newsletter noted the campaign garnered 253 million impressions from June 2020 through May 2021, the period for which the honors were designated, and referenced key research results demonstrating the impact of the ads.

The recognition the Commission has received via the announcements in major industry print and digital publications plays a significant role in reinforcing to trade customers the innovative and impactful nature of the Commission’s marketing efforts. Produce Business’ online and print publications, which have a combined circulation of nearly 50,000, garner about 81,000 impressions. 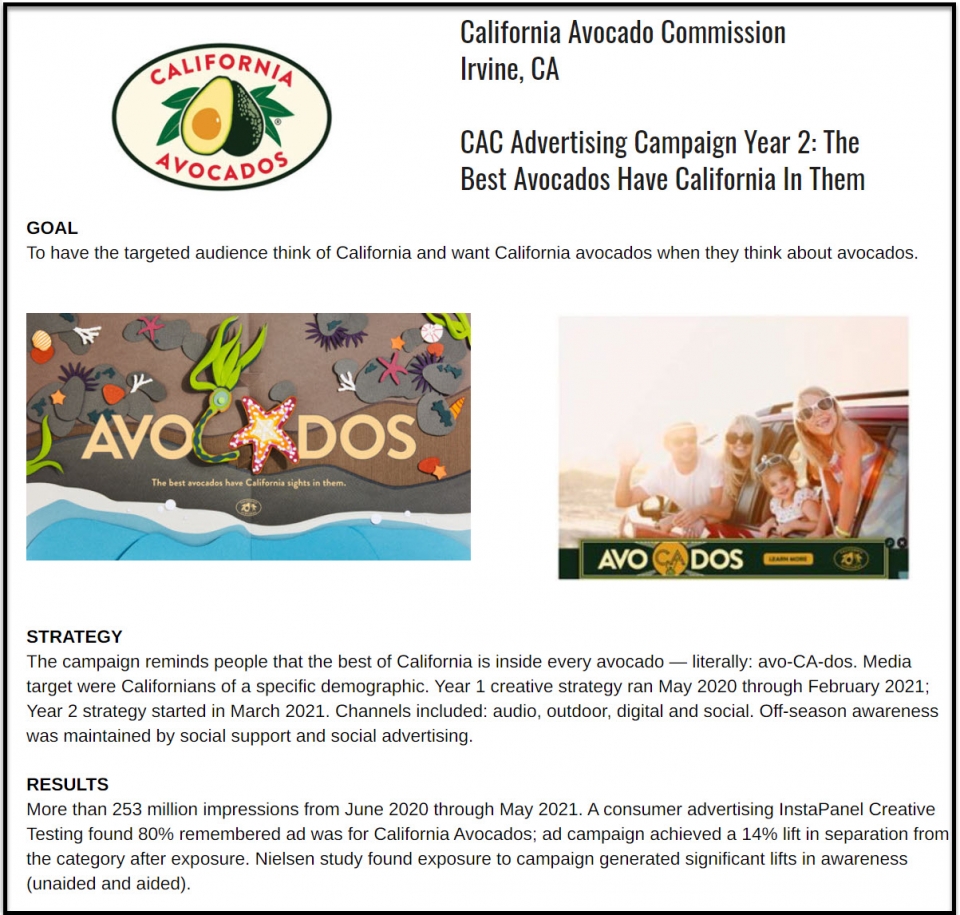 With the return of in-person events, the California Avocado Commission once...

During the summer, the California Avocado Commission worked with major...