Due to COVID-19, for the first time in seven decades the Produce Marketing Association  Fresh Summit was held virtually, welcoming retailers, dietitians, foodservice distributors and operators, handlers, educators, students and trade press from across the globe to three days of live online presentations, workshops, networking sessions and virtual receptions. Because PMA Fresh Summit is a respected global industry event with 70 years of history, attendees from 64 countries flocked to the virtual event, which played host to 31 speakers, showcased more than 21 hours of educational content and drew more than 360 exhibitors. Nearly 2,000 live viewers joined PMA’s CEO Cathy Burns for her State of the Industry presentation and more than 61,000 views were garnered by “Marketplace” exhibitor videos.

The California Avocado Commission (CAC) decided to participate and sponsor the virtual summit for several reasons. By attending this year, CAC was able to maintain the high level of PMA-assigned points it has earned through its support of the event during the past 40 years. These points will ensure the Commission will continue to secure high-traffic locations for its Fresh Summit show booths, prime hotel blocks and other benefits in forthcoming years. The PMA Fresh Summit also provided the Commission with a key opportunity to maintain a strong presence in front of retail buyers and other industry members and demonstrated CAC’s continued support for PMA and the industry at large. The Commission’s participation in the event was promoted via a trade press release, LinkedIn posts and personal outreach.

This year, CAC Director of Trade Affairs Angela Fraser served as co-chair of Fresh Summit.As co-chair, Angela greeted attendees prior to multiple sessions and also sang for one of the virtual receptions. One of the receptions featured the singer Sting and other entertainers; another featured DJ Questlove. During the various receptions, industry members used the chat feature on the platform to engage with one another. More than 40,000 messages were exchanged during the summit, which began with preview days for buyers on September 28. Attendees were able to preview the virtual Fresh Summit “marketplace” as early as October 7, and the key expo dates took place October 13 – 15. The event platform will remain live through November 13. 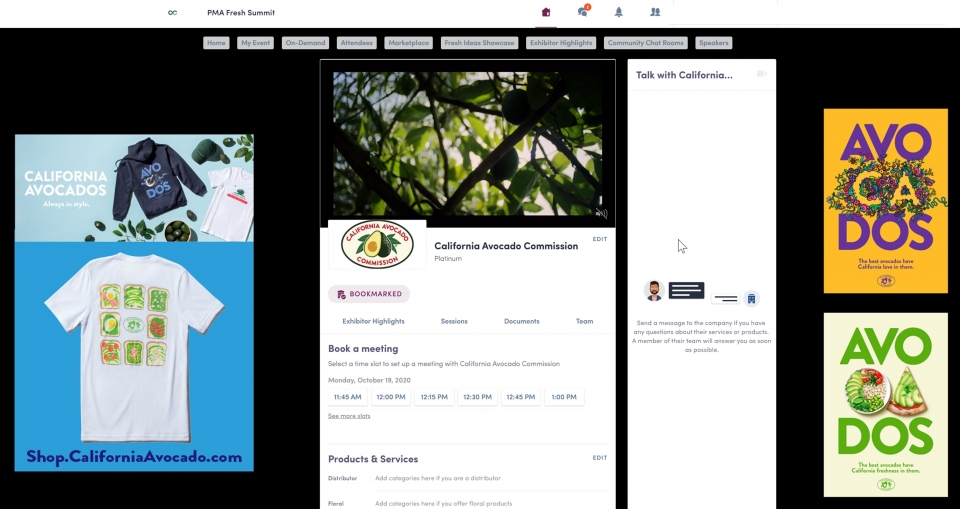 Every five years the U.S. Departments of Agriculture and Health and Human...