In a year like 2020, when trips to the grocery store were fewer and far between due to the pandemic, keeping California avocados top of mind was imperative to drive purchases and a premium price. In order to keep targeted consumers engaged with the brand, the California Avocado Commission provided consumers with compelling content that would encourage them to look for California avocados in season. CAC also implemented nimble social media strategies that could easily be adjusted to cultural sensitivities and concerns during turbulent times. In addition, the Commission launched a California avocado merchandise shop to bring the fruit to the forefront of cultural conversations and allow consumers to directly showcase their love of California avocados throughout the year.

From May through November, the Commission pivoted its social media strategy as needed to ensure California avocados’ premium image was maintained during a year filled with social unrest and a surging global pandemic. As COVID-19 hit the United States, the Commission quickly transitioned its social communications to address the health concerns surrounding the crisis by focusing on posts that shared food handling and storage safety tips, including how to wash, handle and freeze California avocados. CAC quickly updated the consumer website with content making it clear California avocado growers and distributors were following safety precautions. As COVID progressed across the U.S. and increasing numbers of Americans began spending more time in their kitchens, the Commission expanded its rollout of helpful how-to content demonstrating safe handling and preparation techniques. To broaden its reach, the Commission shared how-to video content on Pinterest for the first time.

Mindful that millions of Americans were living in locked-down environments, the Commission increased its efforts to share recipe ideas with consumers on social channels. The recipes demonstrated the fruit’s versatility while inspiring consumers to try new things in their kitchen.

During times of cultural unrest, and crises like the devastating wildfires in the west, the Commission monitored social media conversations closely and modified social content to ensure the brand proceeded with sensitivity. When platform sentiment became negative on Twitter and Facebook, the Commission moved away from those volatile channels and focused its attention on platforms like Pinterest, which were more attuned to the California Avocados brand.

CAC’s social campaigns also brought to life the playful “The best avocados have California in them” campaign with creative videos, GIFs, GIPHY stickers and static images shared across social channels. Across the board, these posts received positive feedback on Facebook, YouTube, Instagram, Pinterest and Twitter driving brand affinity and excitement for the 2020 California avocado season. On GIPHY, California avocado stickers were viewed more than 250,000 times.

The California avocado merchandise shop has not yet officially launched on all of CAC’s social channels, but it has been promoted on Pinterest to capture the attention of “Premium Californians”, a key consumer target for the Commission’s. Thus far, the Pinterest posts have garnered 619,000 impressions. The new merchandise site was shared in a California avocado e-newsletter, which has nearly 200,000 subscribers. That particular email received an average open rate of 36%, exceeding industry benchmarks.

This season CAC’s social content on Facebook, Instagram and Twitter has yielded more than 3 million unpaid impressions and more than 11.2 million paid impressions. On YouTube, CAC videos have garnered more than 12 million views (both paid and unpaid). And the Pinterest pins featuring how-to content, new California avocado merchandise and recipes gathered more than 12.7 million impressions. By adapting its social media strategies to changing cultural sensitivities and launching an online merchandise shop, the Commission has successfully promoted the fruit’s premium quality and versatility, while driving affinity for the brand during a most challenging year. 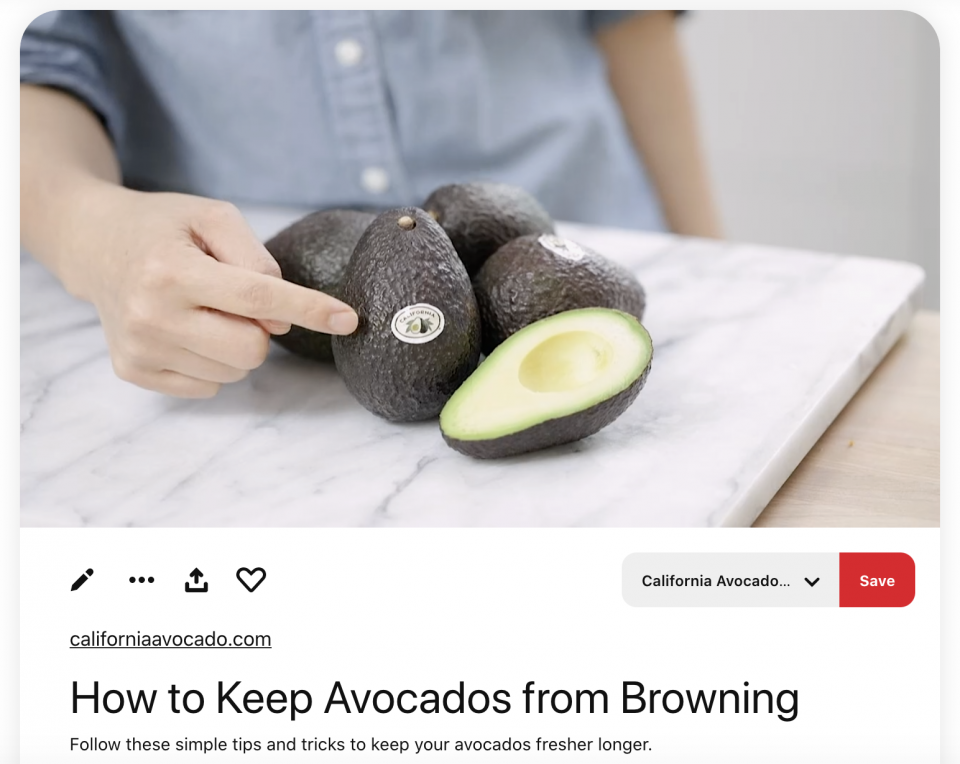 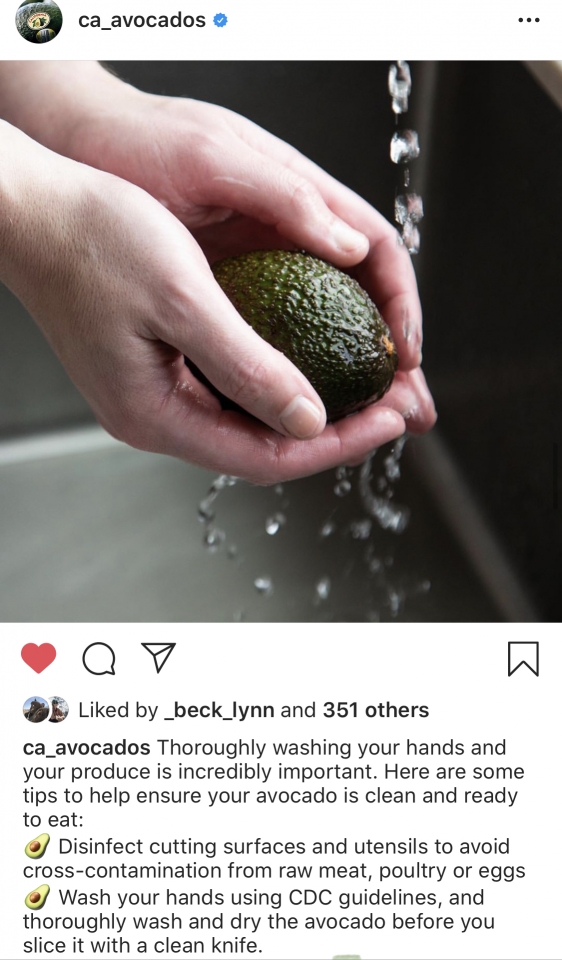 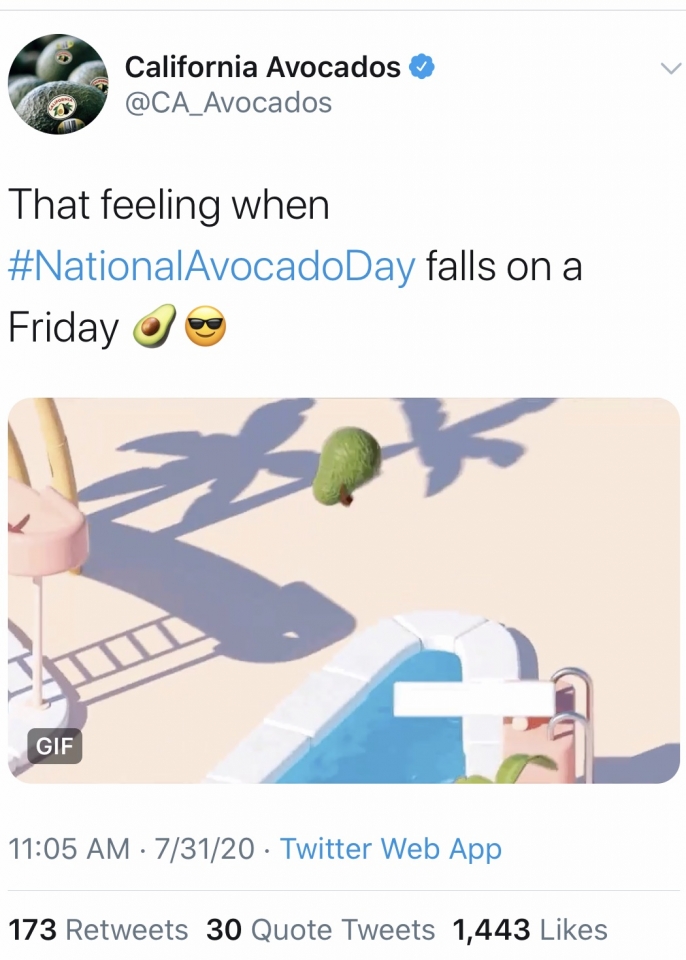 Pairing a timely cultural moment with playful visuals from “The best avocados have California in them” campaign generated excitement and engagement on Twitter.