The California Avocado Commission (CAC) has utilized consumer tracking studies for more than 20 years to assess consumer preferences, attitudes and usage of the fruit. The 2017 Avocado Tracking Study, conducted online by Temra Wald Consulting, was completed by nearly 2,000 adult avocado purchasers. The sample focused on California, with augmented sampling that allowed the study to delve into differences based on where consumers shopped within the state. The survey also measured opinions across the nation to ensure that regional differences could be measured as well. Once again, the survey incorporated responses from younger millennials ages 18 – 24.

While California avocados are still rated — by a significant margin — as more premium than all other origins, the rating slipped a little this year in comparison to the previous two years. The study also indicates that given a choice, two-thirds of avocado consumers would prefer California avocados as compared to 13 percent for the largest competitor.

Ratings for most attributes held steady, but marks for freshness, premium quality and reliability of taste, texture and appearance were lower than the previous year. That said, these attributes are still ranked considerably higher for California avocados than for the nearest competitor. 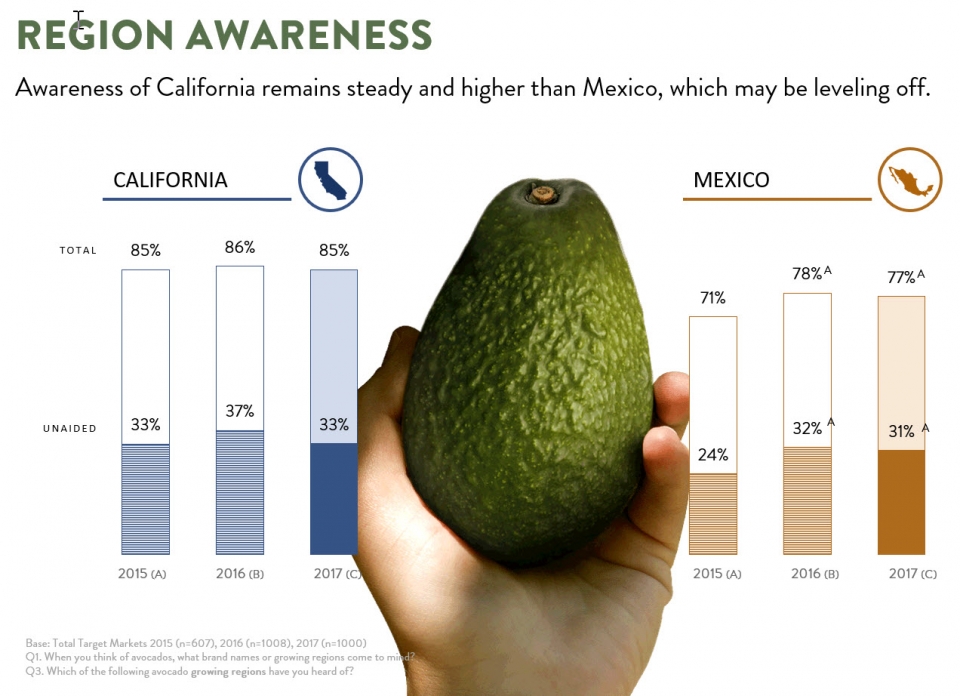 Consumer awareness of California remains high and higher than Mexico. 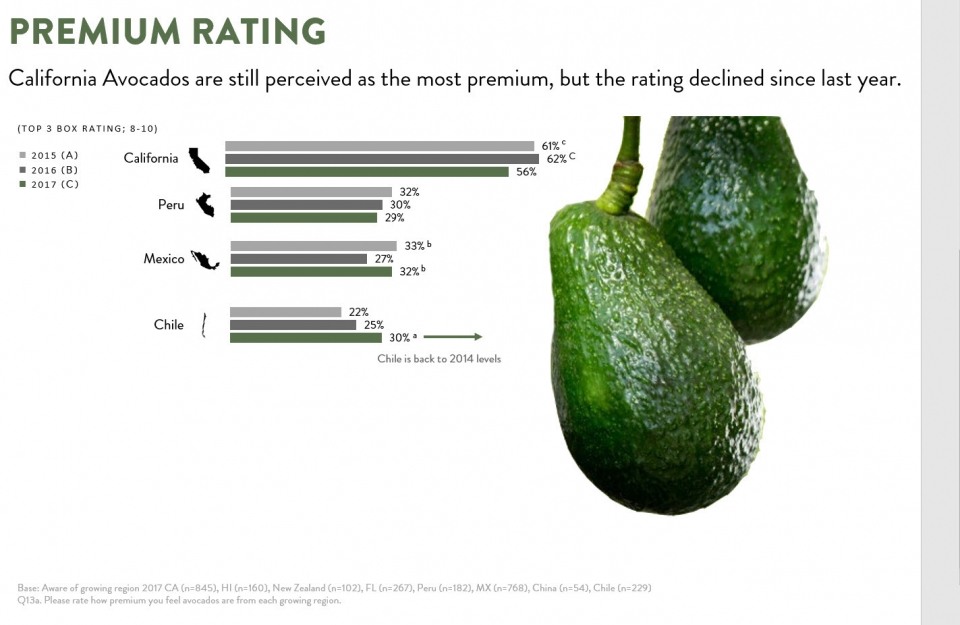 Consumers still perceive California avocados as the most premium, but this year the rating declined by a few points.

Throughout the summer, Wahoo’s Fish Tacos and Nordstrom Restaurant Group are...

As the California avocado season moves into full swing, retail promotions with...